This author has not yet filled in any details.
So far admin has created 184 blog entries.

Pantone’s color of 2018 – Ultra Violet (PANTONE 18-3838) is supposed to “communicate originality, ingenuity, and visionary thinking that points us toward the future.”

On their website the Pantone Color Institute® attributes mindfulness, symbolism of counterculture and artistic brilliance to the chosen color, as well as a depth of emotion that pushes boundaries.

“The Pantone Color of the Year has come to mean so much more than ‘what’s trending’ in the world of design; it’s truly a reflection of what’s needed in our world today.”
– Laurie Pressman, Vice President of the Pantone Color Institute®

Humor Does It – Cinematography Style

As mentioned before, a sense of humor can go a long way, sometimes taking you way beyond your wildest expectations.

That’s just what Carrie Hollenbeck learned, when her writer/director fiancé Max Lanman created a hilarious car commercial style video, to go along with their eBay listing, when she wanted to sell her ’96 Honda Accord with more than 140,000 miles on it.

“A few years ago, I was driving to Big Sur with my (then) girlfriend Carrie to go camping on Highway 1. While we were traversing gorgeous switchbacks, it felt like (we) were driving in a car commercial and that’s when it hit me that it would be really funny to make a high-end car commercial for a crappy car,” Lanman was quoted on Today.

The video spoof was so well done, that bidding went well beyond the starting price of $499 (so much so that eBay’s fraud department canceled the original bidding) and the video has been seen more than 4.2 million times to date.

As someone who has overthought the one or other menu design at restaurants, I can totally relate.

UPDATE: In an interview with CBS News the font’s designer, Chris Costello, responded: “I designed the font when I was 23 years old. I was right out of college. … I had no idea it would be on every computer in the world and used for probably every conceivable design idea. This is a big surprise to me as well. … I believe it’s a well-designed font, it’s well-thought [out]. … It was sold to Microsoft, it was sold to Apple … it came packaged with Mac OS. It ended up being a default font set on every computer since 2000. Since that point, it’s been on every computer in the world … anybody who has a Mac or Microsoft operating system. With that broad range, that broad appeal, anybody could use it, not just graphic designers. … So that’s when I began to see it turn up everywhere: mortgage ads, construction logos. It was kind of out of control. It was not my intent to be used for everything — it’s way overused.” 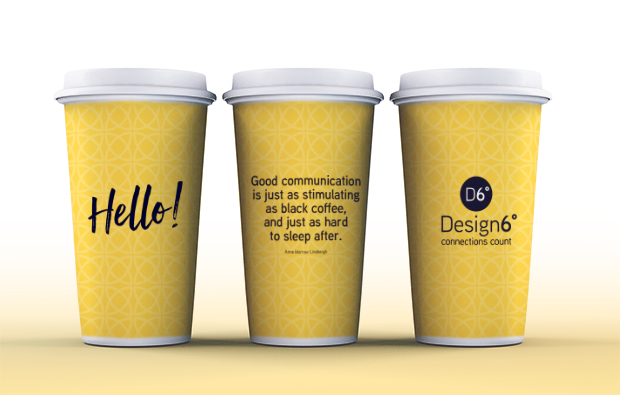 Good communication is just as stimulating as black coffee, and just as hard to sleep after. – Anne Morrow Lindbergh

A Quick (Rainy) Stop in Kassel

In June the documenta 14 opened in Kassel, Germany with 160+ international artists presenting their works at over thirty venues, public institutions, squares, cinemas, and university locations.

Passing through town one rainy night, I had a chance to see Marta Minujín’s “The Parthenon of Books” – modeled after the temple on the Acropolis of Athens. A work in progress, formerly or currently forbidden books from around the world give this Book Parthenon it’s shape. 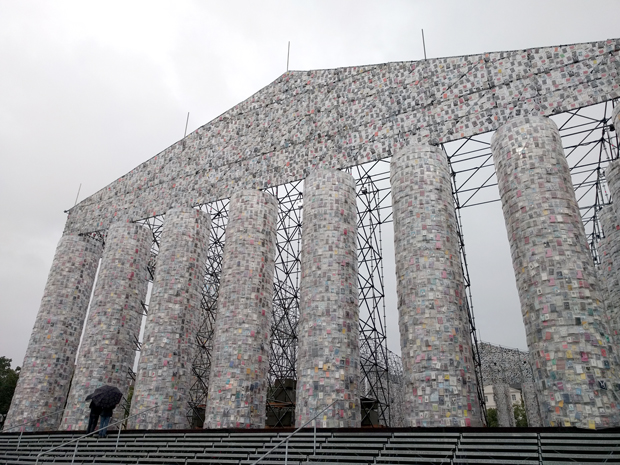 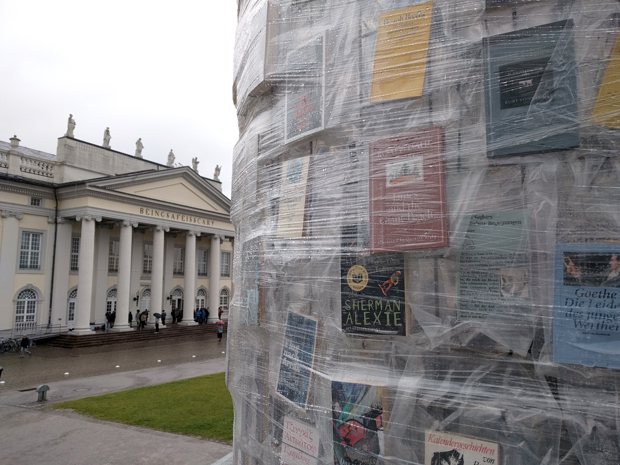 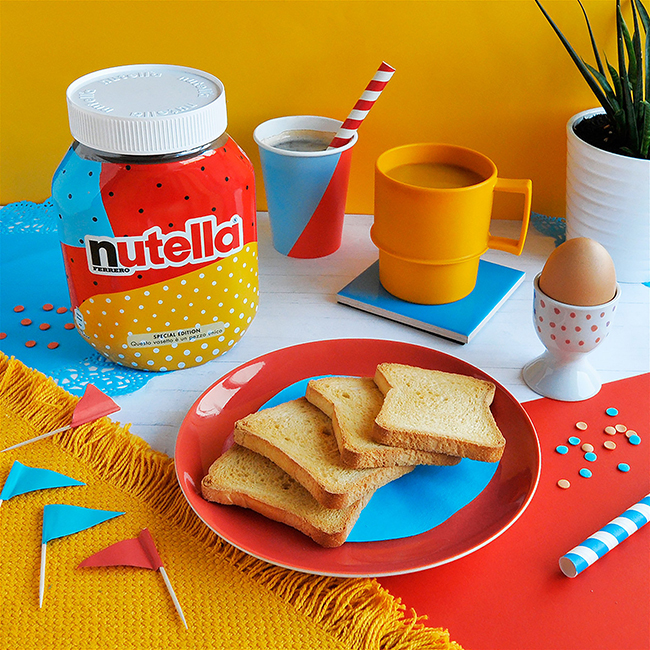 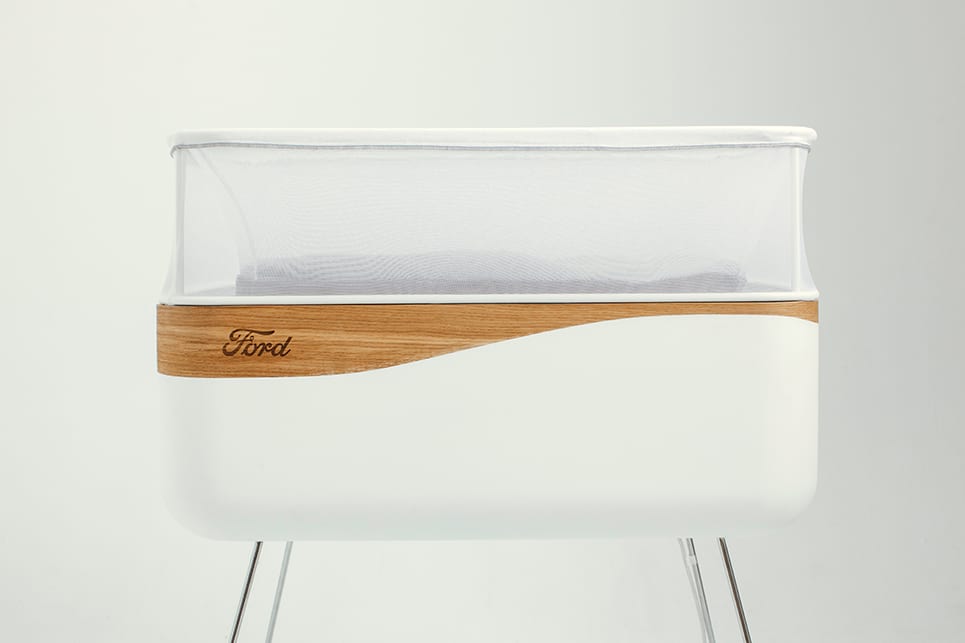 After reading at The Verge about Ford Motor Company’s latest product invention, I have to admit, I checked the publishing date to make sure it was not an old April fools joke I was falling for.

The car company designed a smart crib – The Max Motor Dreams – that replicates the soothing vibration and hum of a car’s engine to put babies to sleep. The smart crib comes with an app that track your car’s route and movements, to replicated the driving sensation. Plus, the rim of the crib is lined with LED lights that simulate streetlights.

The Max Motor Dreams crib was not intended for sale, but rather as part of an ad campaign to promote its Max line of cars.

However, due to popular demand Ford says it is considering mass production, until then you will have to rock your kid to sleep the old fashioned way – or take them for a ride around the block.